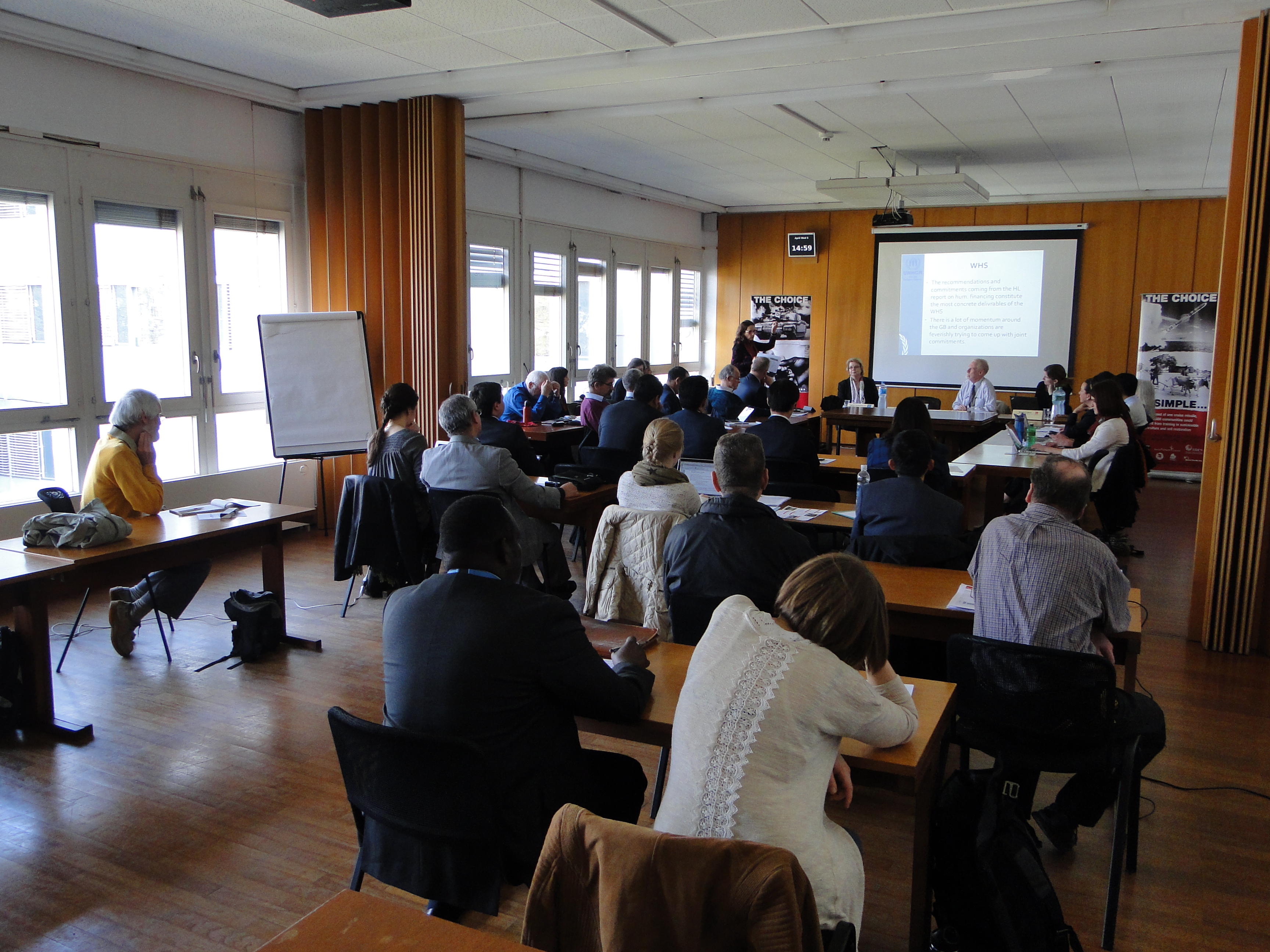 This year’s IPB’s GDAMS Geneva seminar, held on 6 April, served also as a prepcomm for the Berlin Congress. The programme included 4 presentations, mainly on humanitarian financing and civil-military coordination, and was followed by a short IPB film about alternatives to violence in dealing with terrorism. The discussion raised important issues about the role of the military and its financing. See full report here. 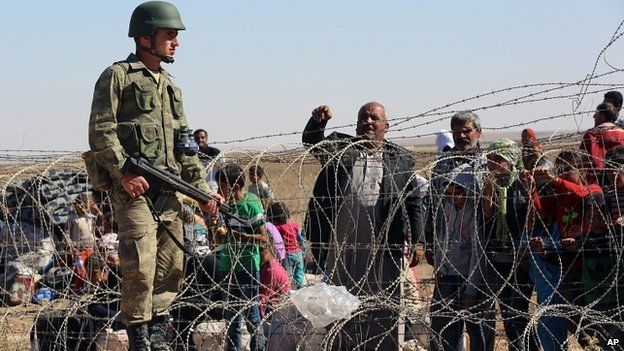 For obvious reasons, several news outlets have dubbed 2015 – and no doubt 2016 also ‐ as the Year of the Refugee. In May 2015 the UN Secretary‐General established the High Level Panel on Humanitarian Financing, in preparation for the Global Humanitarian Summit to be held in Istanbul in May. The Panel analysed both needs and resources in this area and assessed the gap as around $15 billion:

The world spends today around US$ 25 billion to provide life‐saving assistance to 125 million people devastated by wars and natural disasters. Despite the generosity of many donors, the gap between the resources needed for humanitarian action and the available resources is increasing…

More recently OCHA assessed the overall needs as $20.1 billion. At the same time the world’s governments spent $1776 billion on the military sector. It is unfortunate that when the Panel considers that “the deficiency in global aid could be solved by implementing new policies designed to tap into creative sources of funding” it does not point to the elephant in the room. 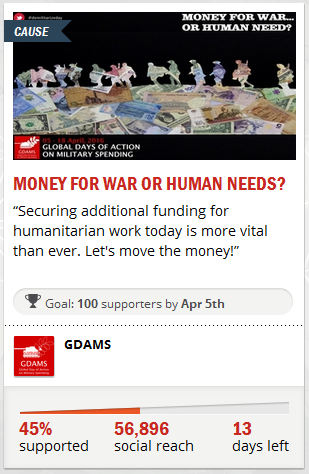 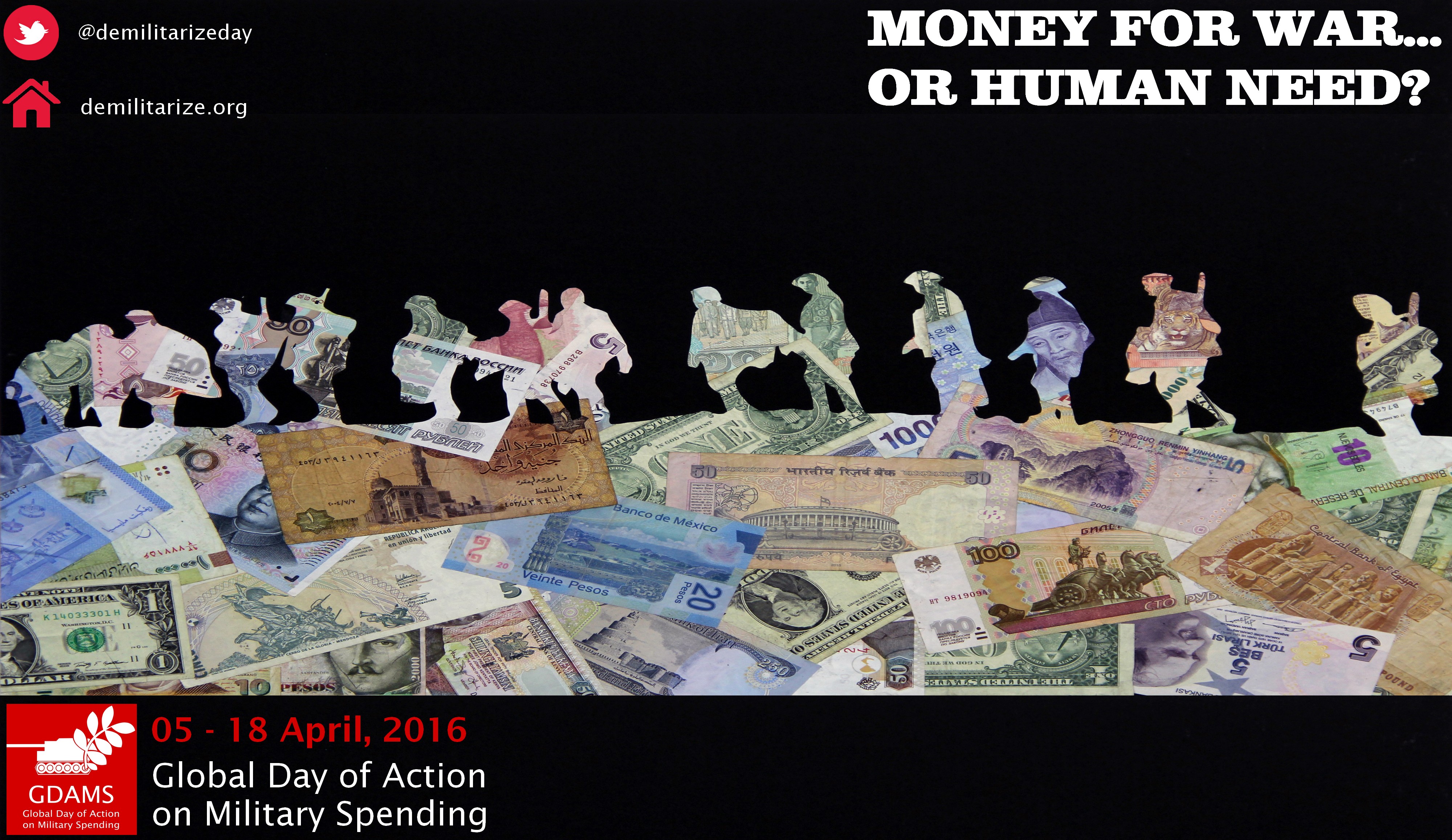 A half-day IPB seminar on the Global Day of Action on Military Spending (GDAMS) will be held in Geneva on April 6th. This will also serve as the Geneva ‘Prepcomm’ for the Berlin congress ‘Disarm! For a Climate of Peace’ (Sept 30 – Oct 3). We hope you are able to join us. If so, please let us know! Write to: mailbox@ipb.org

Please find HERE the FULL PROGRAMME of the seminar.

Russia and China are among the nations that are sharply increasing their military spending while contributions to global humanitarian aid decrease.

The possibility of rising U.S. and Russia-China tension, the Ukraine and Syrian crisis, the conflict in Africa particularly in the Central African Republic and South Sudan, the ongoing instability in the Middle East, the conflict between South-North Korea, all can speed up the armament race in the near future while global humanitarian aid slows down.

The UN appeal for humanitarian aid for this year, which will be used for 52 million people in 17 countries, was the highest ever but not even close to the global military spending.