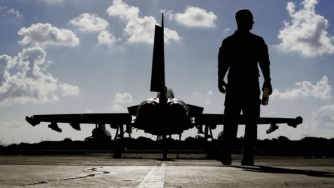 The European Union has unveiled one of its biggest-ever defense research plans in a bid to reverse billions of euros in cuts. The announcement on Wednesday of a European Defence Action Plan is also partly designed to send a message to Donald Trump that Europe wants to pay for its own security….Meanwhile, campaigners from the European Network Against Arms Trade (ENAAT) have been campaigning hard to stop it. See SUMMARY. They make the point that with an annual total budget of EUR 217.5 billion for all EU Member States in 2015, the EU is ranking second in the world in terms of military expenditure; to claim that more money is needed to guarantee European security does not make sense. See PRESS RELEASE.  You can also read the EC Press release for the “official information” about the Action Plan.